Pinned between ideologies, the Sandwich Generation is a wary and guarded generation. As primary school students, they saw communism fade when Mao Zedong and Zhou Enlai died and the subsequent questioning of the Cultural Revolution and other Mao-inspired initiatives. In 1979, they witnessed the rise of Deng Xiaoping, an idealistic leader who bestowed his pragmatism — not to mention general openness to outsiders and market economies — upon them.

Ten years of tensions ensued as the two principles wrestled to dominate. A decade of corruption, inflation, and uncertainty left the Sandwich cautious, which was further fueled by events of Tiananmen Square on June 4, 1989. This has left them wary about how they execute the major milestones of their lives.

The Sandwiches weren’t always so distrustful of social systems. The last age group to grow up in extended families, they have retained the happy memories of a harmonious and stable home life with close sibling relations. Early Sandwich cohorts perceive their parents as personal role models; they have strong opinions about generational harmony and are loyal to the strictures of marriage. Compared with the Me and Recovery generations, they have a greater understanding of traditional Chinese culture.

Because they are the first generation to receive modern education in which learning and knowledge was not filtered by ideology, they are well versed in famous works, including A Dream of Red Mansions; The Warring Three States; and Outlaws of the Marsh. They appreciate modern literature and art, as well as early notions of democratic thought. At the same time, they are rule-followers and moderate non-extremists, embracing no specific ideology. 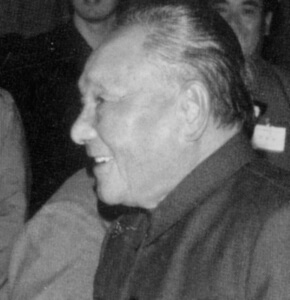 Most first jobs of the Early Sandwich Generation were in state-owned enterprises (SOEs). They were the first generation to face life without the “iron rice bowl.” Job and career were new concepts to them, and they brought few tools to the new Chinese economy.

Even as they updated their skills over the last two decades, they know their job opportunities in the SOEs are limited and that, for now, members of the Cultural Revolution and Recovery generations will hold the higher positions in government and government-owned businesses. Like so many other aspects of their lives, fulfilling career aspirations is still frustrating to the Sandwich generation.

Some of the more educated Sandwiches left the SOEs and sought jobs in the emerging private sector, where they had to learn to work in Western multinationals. They were the first generation to have wider access to higher education. While it filled many with dread, they realized their best future would come from learning to compete in the private sector. They were workforce pioneers and had a big appetite for learning. Given the confusion of China’s direction during their formative years, they are very adaptable, practical, pragmatic, and cautious, as well as being independent thinkers. 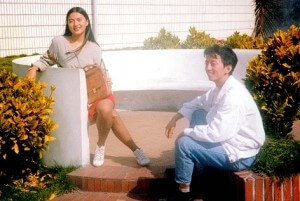 Now 36 to 47 years of age, the Sandwich generation is raising their one child families. Striving to create better lives for themselves and their families they are the laboratory for China’s emerging middle class. They all understand that in today’s China, income and profession will determine who makes it and who doesn’t. Caught between the old and the new China, they have no choice but to change with the economic context: they face more challenges and choices than any generation before or after them. They have morphed into many diverse cohorts and the Sandwiches are changing their lifestyles in a myriad of ways. Generally they desire a secure and stable job and have traditional family values and roles.