China’s oldest generation, the War and PRC experienced great hardship, and its members value social prosperity and stability above all else.

They espouse strong nationalistic sentiments, having witnessed China’s sovereignty after the founding of the PRC, its increased domestic wealth, and the rise of international status following adoption of its open-door policy. History through the War and PRC Generation’s eyes is one attached to great figures like Mao and Deng. This is the last generation whose ideology is “patriotism through communism.”

“Nation Builders” experienced decades of turbulence, including the May Fourth Movement of 1919, the Japanese War (1937-1945), and the Civil War between the Communist Party and Kuomintang (1945-49). The founding of the PRC finally restored social order and peace to their country, and those alive today witnessed all the changes that attended 20th-century China. Now 70+, they are fatalistic and believe in cycles.

Understandably, they do not long for the past.

At birth, “Nation Builders” had a life expectancy of about 47 years. They were predominantly poor, uneducated, and rural. While they are the most informed about traditional values and cultural ceremonies, they have met great obstacles in passing this knowledge down to their children in the Cultural Revolution Generation and Grandchildren in the Recovery Generation. The long-established lifestyle embodied by this generation will gradually disappear, just as modern high-rises have replaced the old neighborhood communities. 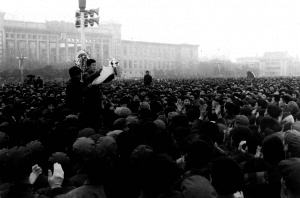 The younger “True Believers” were born during the Japanese War and were teenagers at the founding of the PRC. They strongly supported the rise of communism and participated in Mao’s initiatives. They believe in a strong family value system, the primacy of stability, and, born under communism, in the group over the individual.

Better-educated than “Nation Builders” and street-smart, they exhibit greater self-confidence and a more positive sense of history than the older members. After having suffered during the Cultural Revolution, they embraced Deng’s open-door policy reform. Most were willing to participate in rebuilding China and their elite now enjoy a prosperous life.

The War and PRC Generation Today 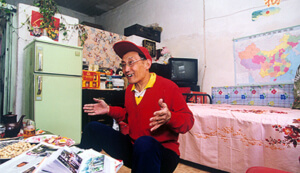 Even though China’s social welfare reforms hit them hard, most of the War and PRC Generation are happier and more hopeful than ever before in their lives. “True Believers” are the first Chinese to enjoy a much longer lifespan, and they want to enjoy their elder years. Now 71-80 years old, they are mostly retired but not out of power. They are very influential behind the scenes of the Communist Party, the Government, and the Military.